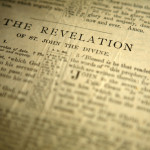 As a Christian I sometimes struggle with whether or not my prepping is a lack of faith in God or a testimony to the brain He gave me to be prudent and interpret what is happening in the world and properly get my house in order and teach /encourage others to do the same.

Matthew 6:25 & 26 (CEV) goes on to say I tell you not to worry about your life. Don’t worry about having something to eat, drink, or wear. Isn’t life more than food or clothing? Look at the birds in the sky! They don’t plant or harvest. They don’t even store grain in barns. Yet your Father in heaven takes care of them. Aren’t you worth more than birds?

I was so torn with the concept of prepping as a Christian and potentially not showing enough faith in Christ that I donated nearly a years worth of food to my church disaster recovery services.  It was put to good use as the church organization recently assisted the victims of a local storm.

Even though I had donated my supplies, and felt it was the right thing to do, I  felt led that as much as it was important to help others, I still had to better prepare myself, after all you can’t just sit and take no action and expect food to appear at your door.  I continued on with my study.  In re-reading the above texts as well as Luke 12.22-31, it seems these are focused on the Lord commanding us not to worry.   It really isn’t referring to or telling us not to work or prepare.

The Bible encourages us not to be lazy.  We must earn our daily bread, work and not be dependent on others.  Yes we are to trust in God but that trust does not free us from hard work or to save up for lean times.

As I continued my study I found these texts:

Hard work is worthwhile,  but empty talk will make you poor. Proverbs 14:23 CEV

Lazy people finally die of hunger  because they won’t get up and go to work. Proverbs 21:25 The Message

For seven years there were big harvests of grain. Joseph collected and stored up the extra grain in the cities of Egypt near the fields where it was harvested. In fact, there was so much grain that they stopped keeping record, because it was like counting the grains of sand along the beach. Genesis 41:47-49 CEV

Egypt’s seven years of plenty came to an end,and the seven years of famine began, just as Joseph had said. There was not enough food in other countries, but all over Egypt there was plenty. When the famine finally struck Egypt, the people asked the king for food, but he said, “Go to Joseph and do what he tells you to do.”     The famine became bad everywhere in Egypt, so Joseph opened the storehouses and sold the grain to the Egyptians. People from all over the world came to Egypt, because the famine was severe in their countries.  Genesis 41:53-57

This is a good example for the need to store food and prepare.  Whether the disaster is from famine, job loss, hurricane, economic collapse or whatever,  it seems to be Biblical to stock up during good time in preparation for bad or lean times.

Then I considered this:

You lazy people can learn by watching an anthill. Ants don’t have leaders, but they store up food during harvest season.    How long will you lie there doing nothing at all?  When are you going to get up and stop sleeping? Sleep a little. Doze a little.   Fold your hands and twiddle your thumbs. Suddenly, everything is gone, as though it had been taken by an armed robber. Worthless liars go around winking and giving signals to deceive others. They are always thinking up something cruel and evil,  and they stir up trouble. But they will be struck by sudden disaster and left without a hope. Proverbs 6:6-15 CEV

Prepping may be for your own survival or give you the ability to help others who experienced a localized disaster such as those in a recent storm.

My conclusion as a Christian it is my responsibility to be prepared, to build up stock as well as share with others the importance to prepare for the worst and be self reliant as well as share the message of Christ.

Flood waters were coming and the local authorities paddled up to this man who was standing on his porch.  They called to him “get into the boat, we will save you,”

The man’s answer was “No, I have faith, God will save me.”

Again the man answered “I believe in God, he will save me.”

The third day, the waters were up to the roof of the man’s home.  He was now standing on his roof and a helicopter flew up dropped a rope and yelled “grab the rope we will pull you to safety.”

Again, the man yelled “No, I have faith, God will save me.”

The man drowned with the rising flood waters…once in heaven he asked God this:

“I believed in You, I had faith in You, why didn’t You save me?”

God answered:  “I sent you two boats and a helicopter, what more did you want me to do?”

Faith means you must take action!

This concern of prepping possibly being a lack of faith as a Christian is not an isolated one, many Christian who prepare think about this, below, is another take by SouthernPrepper1.