Is the Threat of an EMP Event Real?

Today’s guest post is by Danny Major founder of AlphaSurvivalist. 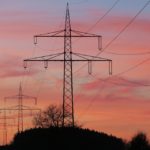 Making plans for an alternative future is something that all preppers do. How that alternative future eventually arrives would be anyone’s guess! Nuclear War, a global pandemic, a natural disaster, they are all possible and realistic doomsday type events that if were to become reality would have a devastating effect on our way of life. All true TEOTWAWKI type scenarios. (The End of the World As We Know It!)

Preppers, homesteaders, and survivalists have been preparing for years for these types of events, happy in the knowledge that they are giving themselves and their loved ones the best possible chance of coming out the other side of an event alive and hopefully in one piece. However, an event that is currently causing a lot of consternation for preppers and non-preppers alike is the danger of losing the entire electrical power grid and anything that requires electrical circuitry to operate; if all this was lost it would send us back 200 years to how things were at the start of the 19th Century.

The thought of living without electricity might not seem too scary at first, especially when you start to consider that our ancestors coped perfectly fine without it; but our ancestors didn’t live in a society that was wholly reliant upon electricity for their needs as we are today.

It is highly probable that survivors would eventually transition but the chances are that a huge chunk of the U.S. population would perish during that transition time; some experts put that figure as high as 90%!

This danger is very real and it is called an EMP, or Electro Magnetic Pulse.

How would an EMP affect the United States?

Much of the talk nowadays is about how vulnerable the United States is to an EMP attack and this is why POTUS has recently signed an executive order directing the federal government to put together a coherent plan of action in the event the US is targeted with a strategic EMP.

The order highlights the failings and weaknesses of our Electrical Grid and all existing action plans; it also highlights the potential but very real threat of an EMP weapon being used against the U.S. by rogue nations, or terrorist organisations.

The U.S. government has enacted this executive order based upon risk assessments provided by prominent ‘EMP experts’ that highlight the dangers to the U.S. should a strategic EMP weapon ever be used against her. However, there are a number of ‘experts’ who have an opinion that is contrary to that acted upon by the government. These experts believe that the risk of an EMP attack on the U.S. has been grossly exaggerated; claiming it is far more likely that any attack would be nuclear instead.

There is a general consensus among experts that a massive geomagnetic storm or solar flare will hit us at some point within the next fifty years, the effects of which would be catastrophic, not just to the United States but to the whole planet.

If this solar flare hits us and the electrical grid has not strengthened what could we expect to happen?

Nobody knows for certain how dark the United States would go after an EMP takes out the electrical grid. I guess it could be compared to Millennium New Years Eve and the Y2K bug, a lot of uncertainty from a lot of experts. In the case of the Y2K bug nothing actually happened much to the relief of many!

That’s not to say that the same would happen after an EMP event and that any damage would be comparable to a blown fuse, far from it, although it would be great if that was the case.

It is far more prudent to make preparations for surviving the worse case scenario than it would be to make no preparations at all.

In the worse case scenario there would be no electric power and every piece of electrical equipment will have had its circuitry fried, rendering it useless, this would include all modern vehicles.

Now for the frightening part!

Within seconds of an EMP event occurring, the fatalities would very quickly start to mount up.

Stalled passenger planes falling out of the skies, thousands killed in automobile accidents, life support and life saving equipment suddenly stopping, the list goes on and on.

It sounds like it could be a disaster movie but it isn’t!

On the ground, any problems would initially be manageable, most homes would have enough food and water to last them a few days, although all water utilities would stop immediately as there would be no power to operate pumping stations or treatment plants.

There would be no communication networks available as landlines, cells, TV and radio stations all stop working.

It wouldn’t be too long before violent mobs and looters start to take advantage of the situation, initially targeting shops and warehousing, then moving onto domestic housing soon after.

If you have had the good wisdom to prep, you will have put together a good supply of water, food, and guns with plenty of ammunition, enough to see you through a couple of weeks, or even a month of crisis. However, as sensible as these preparations may sound, in a city full of thirsty and starving inhabitants it won’t be long before you are targeted and it will not matter how many guns you have they still won’t be enough to stop the hundreds or thousands of people willing to kill you to take what you have.

That doesn’t mean that making preparations is a waste of time, preparation is still the key to surviving these types of Doomsday events but the most important piece of survival advice you need to follow, especially if you live in a city or any other large urban environment, is to grab your bug out bag and leave as soon as possible and head to your bug out location if you have one, if you don’t then just head for the relative safety of the countryside, woods, or mountains, preferably as part of a group of well armed likeminded individuals.

If you stay in the city your life expectancy will be extremely short. Cities are not designed to be self sufficient. They will quickly run out of water and food, descending just as quickly into lawless no go zones. There will be no sanitation and no waste disposal, rotting corpses will start piling up all over the place, sickness and disease will be everywhere, and eventually, without medicine or treatment of any kind epidemics will wipe out masses of people.

Over time People who stay in large towns and cities will die, some sooner than others, but they will all die. Which brings me back to the 90 % of people that experts say wouldn’t make it through the ensuing twelve months after an EMP event – I’m guessing the 83% of the population of the United States that live in urban environments will account for the vast majority of that figure!

The threat of an EMP event causing catastrophic damage to our society and our way of life is very real. There is only one way to survive in the aftermath of such an event and that is to have all your preps in order and to bug out as far away as possible from large populations.

Danny Major is a former armored reconnaissance soldier who knows a thing or two about survival , keeping off the radar, and being prepared. You can read more about how  zombies turned him into a bonafide prepper by visiting his site AlphaSurvivalist.