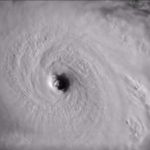 Hurricane Irma passed over my area a couple of weeks ago.  The houses survived with little to no damage with the exceptions of back yard fences, they didn’t hold up well at all.  In comparison to others who were flooded or lost everything, we were very lucky and blessed and we recognize that it could of been so much worse. With that said we have donated to the American Red Cross as well as the Houston Human Society.  I don’t say that as a pat on the back, but rather as a statement that so many need so much help after not just Irma, but Harvey, and Maria, our donation is just one way of showing how thankful we are for how we fared and a way for us to help others when we can’t help them directly. If you are wondering how you can help those who lost so much in these storms, please consider donating to the American Red Cross and/or local animal shelters in the areas that were struck the hardest. (Personally I stay away from ASPCA type organizations as, in my opinion, not enough funds reach specific areas in need, but please do your own research)

This doesn’t mean that our area didn’t experience damage. There were local pockets that flooded and are still under water. There were also mass power outages. In our location alone we were without power for just shy of six days.  Now that doesn’t seem bad, however, the outside temperature was between 90 to 93 degrees Fahrenheit with 100% humidity during the day. The inside house temp was between 86 to 89 degrees with 70% humidity or more.  For a day or two that is something you can deal with, but much past day three it gets distressing.

So what did I learn?

A Water Purifier Is Imperative

Sewage lift stations went down due to a lack of power and water was not safe to drink due to line damage and pressure loss. Having a good water filter is imperative! I have multiple water filters, all are Berkey’s with Black Filter elements. The reason this was imperative was two reasons. One, bottled water was gone from the stores nearly two weeks prior to the storm hitting. When stores did restock, they were limiting purchases to two cases sometime one case of water per customer. Now, I always have a good supply of bottled water all year long, I buy a case about once a month so I usually have around 12 cases of water at any time. Plus, one thing many forgot is that tap water before the storm was good to drink, authorities were reminding people to fill up bottles of water at home from the tap. Now for us, even on a good day we use a Berkey filter to filter all municipal water.  The issue with bottled water is that sooner or later you will drink it all up. With a purifier filter you have endless water either from the tap, rain, or even a lake. However, for those who didn’t have a purifier or bottle water, there was a boil water alert.  That means you would need a way to boil the water, if your power is out, unless you have a gas stove, which around here is rare, you would need to be outside with your grill boiling water, not fun when it’s 90+  degrees Fahrenheit out. Get a way to purify water now!

MREs were a God send. I had stocked up on these, canned food as well as freeze dried food, however it was the MREs that came to the rescue. The power was out within hours of the first signs of the storm, with hours of the storm to come. The weather outside was too bad to fire up a propane or charcoal grill. The MRE has a flameless ration heater, I was able to provide my elderly parents with a warm meal. Even though my Dad was retired military, he was out before the current MREs came into play, he was used to the old C type rations in cans, it was fun to see him open them up and learn how our military eats now compared to when he was in the service. My Mom enjoyed it as well. It was a nice detraction during a stressful time of hearing the terrible sounds that Irma was making outside.

Most important lesson learned…No matter how much water and food you have, without some relief from the heat and humidity you will go down fast, especially if you are elderly. The two things I didn’t have that I have now invested in are a generator and portable air conditioner. My parents, who are near 90 years old, were very distressed by the third day with no air conditioning. I began searching for a hotel for them and that was not easy task. By day three, we were not the only ones looking for a hotel, the heat was getting to everyone. Thank goodness we did find one and I was able to move all of us to a hotel and the hotel was pet friendly so the cat came too, she is after all, part of the family. Without the relief of the hotel and some good sleep in a cool room, I am not sure if my parents would not have survived without some serious medical attention, and even though they are near 90, they are healthy, elderly with health issues just had a terrible time in the heat with many not surviving.

We as a society have become so reliant on cellular, voice, text and data. We have apps on our phone for the local news, weather, and other information. However, after the storm, some towers went down due to damage, others due to power loss.  Home internet and cable voice services were down due to power loss this meant that a larger volume of usage was being put on an already weak cellular system.  Data on cell phones was zero, not available at all. Voice service was spotty. Text was the most reliable form of communication.  As I wrote in Cellular Carriers – One Is None Two Is One , I was glad I had three different carriers to rely on, Verizon Wireless, Cricket Wireless, which is on AT&Ts network, and Sprint. Out of the three one of them seemed to always have some form of service, all be it very limited.

What Did I Learn

All the preps I had were sufficient for this storm with the exception of not having a way to cool down. I actually thought being without air conditioning would be something that we all could handle, I also thought from past hurricanes that a generator was more hassle than it was worth, with the gas shortages the occur with hurricanes and having to secure them all the while making sure they are far enough away from the house to not cause carbon monoxide issues. I was wrong!!! Air conditioning is a necessity, especially for the elderly. Not having A/C caused us to have to leave our home, basically evacuate. Leave our preps. We were able to find a hotel, but that was just luck, the rooms we got were the last two in the hotel and the last two in the town we found them in. We had added expenses for the hotels and  eating out,  if we would have had the generator and an A/C unit to connect to it, we could have stayed in our homes, eliminating the added stress on my parents, me and the cat in leaving their comfort zones.

Each storm is different, there is no guarantee that even having the generator and portable A/C and all your preps will help in the next storm, especially if the structure you and the preps reside in is compromised in some way, be it wind damage, tree falling through the roof or other damage. All you can do is prepare as best as possible, pray as much as possible and hope next time the storm will stay out to sea.

How do you prepare for hurricanes? Were you effected by Harvey, Irma, or Maria? Were your preps effective? What lessons did you learn and what would you do different next time?