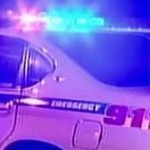 Are you busy? I know I am. Life keeps most of us very busy, between work, kids, school, blogging, chores and so much more we are all very busy. Many of us not only have to take care of our own household but we also keep an eye out on our elderly extended family household as well. In my case that is pretty easy as my elderly parents live right across the street from me. That was something I planned and sacrificed for as well, just to make sure I could keep an eye on them and that I am there for them in case they need something. They get to keep their independence, which is important to them as well as me.

Not everyone is fortunate to have a love one that close. Many times those living alone are truly alone. They have lost contact with their own friends either through death or them moving closer to their family. Some chose to be alone or for some reason have become estranged from those who used to care. It is these people that need some special attention.

Even though we are busy, it really doesn’t take too much time to stop in and check on someone who you know is elderly and alone just to make sure they are okay. The other day, my aunt did just that, she stopped in to check on an elderly man who used to attend her church. His wife had died over 20 years ago, and over the last 10 years or so he had met a nice elderly lady and they kept each other company. Sadly, she passed away so he was alone other than a son who lives out of state. The man stopped attending church, but my aunt and her husband made a point to stop in and check on him every week or so. His neighbors also kept an eye on him.

A few days ago, she stopped by to check on him. He didn’t answer the door. She was able to see in the garage and saw his car was there so she knew he was home. She walked around the house, looked in but couldn’t see him or gain access into the house. She tried to call on the phone but he did not answer. She got very scared and decided to call the sheriff and have them come out to do a well being check. The sheriff came out, also walked around and based on what my aunt said about his situation, they made entry into his home. My aunt stayed outside.

A short while later the sheriff came out of the home, walked up to my aunt and said, he is deceased, he is in bed. As sad as this was to hear, my aunt was a bit relived that he just went in his sleep and didn’t fall or appear to suffer.

My point to this post is that in good times, we become so busy that we forget about those who are alone. Sure, they may be that way by choice, but it never hurts to just pop in or give a call to someone just to check in on them. Times are good, and we are able to contact the authorities to perform a well being check and they are very willing to do so. What happens when times get tough and the authorities are too busy dealing with crime that they can’t do a well being check or a check would take days for them to get around to it?

It may be a good time to get into a regular routine to check on those around you who are alone by doing the following:

Be prepared that in bad times you may find a person that has passed in their home and you need to have some sort of plan to handle the situation. Like I said, in good times the authorities will handle the process. They may handle it in bad times as well, but it may take much longer. All I am saying is that it may be a good idea to at least have a mental plan of action.

The issue here is you too may be older, unable to handle a dead body either by physical strength or mental strength. That is okay, not everyone can deal with that type of situation, honestly, I don’t know if I could, but I do know it is something that I am now thinking about after hearing what my aunt when through. It is something that I will try to discuss even with my parents, even though we have had the discussion about their death, we haven’t discussed what we would do if one of them passed away in the home and we couldn’t get help. It is a scary thought and an uncomfortable conversation to have, but it should be done, as we all know, there are only two guarantees in life, taxes, and death.

By: Prudence ~ VigilPrudence.com Helping Others Tags: caring for others, checking on family, well being check
« Six Tips For When Communication And Information Go Silent » Simple Rain Water Catchment System