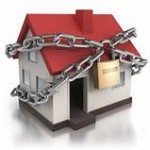 Many urban preppers are focused on food, water, medical, guns and ammo.  Yes, all that and much more are very important.  Home security is just as important, after all, if your home isn’t secure your family is at risk as well as your supplies.

You may think of home security as security systems with motion detectors, camera surveillance and a monitoring service that will call the authorities if a break in is detected (and sometimes verified)  and you would be right.  But IMHO, by having that type of security monitoring system you are putting yourself  in a position to be reliant on someone else.  I’m not saying those systems are good or bad, I have however, heard too many stories of “false” alarms and depending on the area you live in, if the authorities are called out on too many false alarms they will charge you. These systems also require a monthly fee for the monitoring, which is just one more bill to pay.

What if you took a more proactive self-reliant approach to home security?

One of the homes I purchased was 33 years old.  This house was like taking a step back to the mid ‘70s, nothing had been done to it since it was built.  The first thing I did was get it updated, new kitchen, bathrooms, flooring and appliances.  Once that was done the focus was on securing the home.

The original windows were single pane; I had them replaced with aluminum framed high impact security glass.  Designed for hurricanes, with over two million installations they have never had an impact failure.  They have been tested by shooting a 2×4 at them it at over 35MPH and then hitting it with winds over 200 MPH without failure, sure they will crack, but no intrusion was allowed into the house, meaning no hole was placed in the glass.  It was an expensive investment, but, it was an investment as a huge deterrent from a bad guy wasting their time trying to break through a window. Also, a great advantage for hurricane season and increased the resale value of the home as well as lowered the home owners insurance. In the long run, the investment paid off.

Another home I had I replaced all entry doors with 20-guage steel doors, reinforced with a 20-gauge security plate that reinforces the lock and deadbolt providing extra security & strength and to help prevent kick-ins.  Cost wasn’t that much more than a standard door.

Garage door was replaced with reinforced bracing and 24-guage steel door.  Also added two manual security locks on each side and the door opener has a security lock.

To protect against lock bumping, I added a dead bolt secure these to each dead bolt.  They were inexpensive and did not require any drilling into my new doors.  If you are unaware of what lock bumping is, check out this video.

Even though the video states that better locks can’t be bumped, I have seen demonstrations that any lock can be bumped, that is why in addition to getting a better lock, I also recommend a the added protection of a bump lock prevention device.

I also recommend a buddy bar on each door as well, so the guy doing the kicking will break his leg before breaking the door goes down.

Window locks.  Even though your windows have locks sometimes double locks I also recommend investing in some extra window slide locks.  This way just in case someone is able to get past the double windows locks the won’t be able to slide the window open.

Some may say that this is all overkill, but then they are not planning and preparing for the worst either. There are also many other things that can be put in place that I haven’t mentioned here, like personal home video monitoring, a really big guard dog, neighborhood watch, some neighbors don’t miss a thing that goes on around the neighborhood,  and other things.   I hope and pray measures like this it will never have to be tested, but it is better to plan and put them in place now and never need them then have a break in and wish you had them.