The Reality Of Awareness 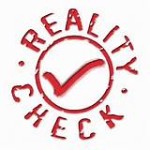 Did you know that only about eight percent of the population is preparing to be self reliant in any way?  No more than eight percent are stocking up of food, storing water, planting gardens and getting out of debt.  Eight percent who have a plan as to what they would do in a natural disaster, have a job loss, or get in a car crash, etc.  Eight percent and that may be high, I have seen the number as low as one percent but no higher than eight percent have done any form of preparation or planning!

That means that some prepare for natural disasters such as hurricanes while others, most likely only one percent, are fully prepped by being debt free, fully stocked with food, water, first aid, ammo, living conditions, etc.   Why are the numbers so low when it is so clear that sooner or later some form of disaster will occur?  Now chances are that disaster will most likely be some form of natural disaster, disability or  job loss.  Wide spread disasters such as an economic crisis are possible, but it is the disasters that are close to home that we need to be preparing for, after all a job loss in the home can be a personal economic disaster.

The majority of people, both men and women, do not live in a realm of reality or awareness of what is around them.  Most people are focused on sports, shopping, their jobs.  Some even focus on what I consider a total waste of time and that is, what the stars are doing in Hollywood. Who is married to whom?  Who is having affairs? Reality (which isn’t so real) TV, movies, or brain dead television.  Few read, and if they do, they read fiction like Harry Potter, romance novels or murder mysteries.   If they watch the news it is mainstream TV which will only report what the sponsors pay the most for.

Being unaware and avoiding realty keeps most people in their happy place.  Let’s face it, reality can be scary at times and nobody wants to be scared.  You have heard the saying “ignorance is bliss”.  This is why so many people, around 92%, are not prepared for any type of disaster, including a job loss or even a divorce.

Don’t be complacent, wake up.  Start doing some of your own research, start preparing for the hurricane, job loss, car crash, prepare for the worst.  Preparing gives you real world life experience, enjoy the learning experience of planning and taking action.  If the best happens you have a level of expertise that most do not have.  If the worst happens you again have an expertise that most don’t have.  Don’t be a sheep and expect to be led, be a shepherdess and lead, show your family, especially if you are a single mom, that you have a plan in case of a hurricane, tornado, car crash or job loss.  Let them know that in case you lose your job you have a few weeks worth of food on hand and can handle not having a pay check for a few weeks or even months because you have built up your savings.  If you are in debt, now is the time to start getting out of debt.

Ladies, sadly, there are times when we need to step up, there may not be a man around to do these things for us.  He may be deployed in the military, traveling on business or you may not have a man around for what ever reason.  We must be able to take care of ourselves, our kids, pets and maybe even our elderly parents.

Over the next several weeks I will be posting articles on ideas on how to better prepare for certain types of disasters.  Everyone can do it!  You just have to decide if you are willing to do it.  As a woman I can honestly say it can be done, I am doing it!  This isn’t doomsday stuff, it is just day-to-day smarts.  I look forward to sharing with you.