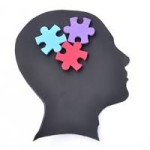 We live in troubled times, if you don’t think so just look what the people in Paris have gone through lately. So much can change in a second, be it a terrorist attack or something simple like an escalator stopping.

What? Prudence, how can you include the attacks in Paris and an escalator stopping in the same sentence? Simple, if you can’t think past what to do when an escalator you are riding on stops, how will you think past what you would do if you were in an area of some form of violent attack?

When The Unexpected Happens

Let me explain. I was riding on an escalator recently, it was in an office building and the escalator was full from top to bottom as a large conference just let out. I was in the middle of the pack, mid way up on the ride to the next floor. Suddenly the escalator made a loud alert sound and it immediately stopped, not a glide to a stop, it stopped dead and many who were not hanging on to the rail lunged forward. Then something odd happened, every one just stood there looking at each other. Now, let me remind you, this is an escalator, moving stairs, not an elevator where you would be trapped in a box. After a few seconds I said in a loud voice, “start walking” “walk up the stairs”. When I said that others woke up and started saying the same and then the group started walking up the stairs.

All those people on that escalator were on auto pilot, they were following the crowd. They all got out of a conference and all, like sheep, marched over to the escalator stepped on and rode the ride up, some talking to others, many looking at their phones, but none having a plan past the ride up to the top.

Always Have A Plan

Folks, it is so important to always think beyond the moment you are in. Always have a plan. For example, you get on the escalator, you should think, if it stops I will starting walking the stairs. All those people on that escalator didn’t have a plan, they were focused on their conversations, phones, some just stood there taking a little breather, none of them thought past the moment until I said “start walking.”

You may laugh and think it is just common sense to start walking if you were in a similar situation, I thought the same thing, but there must have been over 30 people who just froze, didn’t move when the motion of the moving steps stopped. They were living and thinking in the moment and no farther.

Planning past the moment takes practice, begin to practice on the little things and then if something big happens your mind is already trained to make a move while most others are frozen, by having a plan you will be able to help yourself as well as those around you when seconds count.

Here are six examples of things to start doing that will help train your mind to think beyond the moment:

My point is to always think in your mind the “what if” and think through your plan. Part of your mental plan needs to include others around you, they will need leadership, your leadership because you have the mental plan, they are totally surprised and are trying to process that something happened.  By thinking through the “what if” and always thinking beyond the moment, you will be 10 to 30 seconds ahead of everyone else and in a crisis, that could mean life and death for you and them.

By: Prudence ~ VigilPrudence.com Be Prepared, Helping Others, Safety and Security Tags: diaster plan, diaster preparedness, plan ahead, what if
« Eight Cell Phone Security Tips » Four Family Related Disasters Your Should Prepare For